On Friday, 29 March 2019, all the pupils from grades 3 to 5 watched the popular and successful drama “Hamlet”, which was acted by the Vienna’s English Theatre group.

Hamlet is a prince, who is very sad and depressed after his father has died unexpectedly. It makes him angry that his uncle is crowned king and has married his mother. Then, the ghost of his father appears and tells Hamlet that his father has been brutally murdered by his uncle with the poison of a snake. Because of this, the prince wants to avenge his father. In addition to that, his love Ophelia rejects him without a reason. All these problems make Hamlet very depressed and he also considers committing suicide.

I think the actors presented this modernized story of Hamlet very well. It is very interesting and tragic, though there are also lots of funny scenes – the actors played musical instruments and sang some love songs about Hamlet. The actor who portrayed Hamlet played very impressively and acted out different emotions – hopelessness, mourning and anxiety. I highly recommend this drama because it is worth seeing and shows current topics. 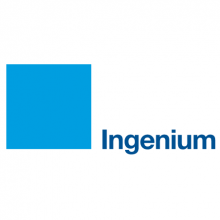